Transformers War for Cybertron Netflix Edition WFC-10 Elita-1 is Deluxe Class and stands approximately 5.5-inches tall in robot mode. WFC-10 Elita-1 transforms from Vehicle to robot and back and is screen accurate to the Transformers: War For Cybertron Earthrise Chapter Netflix Animated Series. Each War For Cybertron figure jumps out of the animated series and into your collection with a high attention to detail and accurate color schemes reflecting their appearance in the War for Cybertron Trilogy Netflix series.

Please note – Packaging may differ slightly from that shown due to the item being a Takara Tomy release and not domestic Hasbro.

An outstandingly detailed product for an absolute bargain! 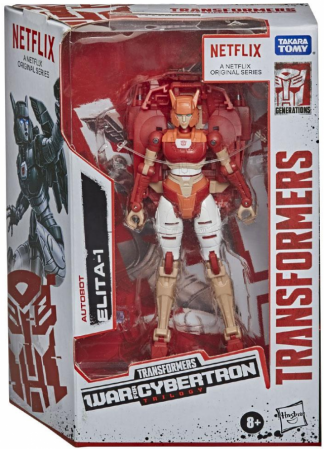